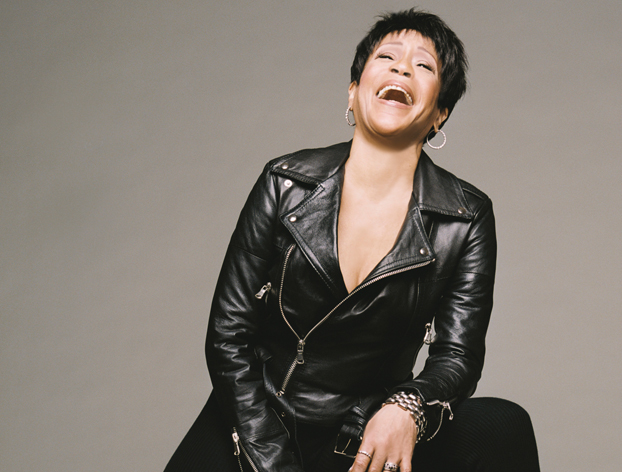 BETTYE LAVETTE IS THE WHOLE PACKAGE, a fireball of unrestrained talent. Her voice, passion and energetic delivery, as well as her refusal to compromise or to suffer fools, add up to an artist in the true sense of the word. That last-mentioned attribute, Bettye’s not playing the game, or, more accurately, playing the game by her own rules, may very well be the reason it has taken more than fifty years for her to receive the well-deserved recognition and accolades that have been coming her way this past several years, beginning with her heart-wrenching and well-received performance of The Who’s “Love Reign O’er Me” at 2008’s Kennedy Center Honors. Since that moment, Bettye has made up for lost time and released album after album showcasing her outstanding interpretative skills, the most recent of which is entitled Worthy. She has also performed countless concerts and written what may very well be the most entertaining and honest autobiography, A Woman Like Me, to be released in the overly crowded field of musician memoirs. Bettye’s most recent achievement has been her crowning as Soul Blues Female Artist at 2016’s Blues Music Awards.

After experiencing a roller coaster ride of emotions at an intimate live performance, Red Hot Rock was thrilled to share a chunk of time with the American treasure that is Bettye LaVette for a wide-ranging, fun and personal interview.

RHRM: Ha ha. You were. I had you strangle me for a photo after your show. You got creative. That was the joyous experience and it was also an honor. Ha ha!
BL: Oh, baby. Thank you. Thank you.

RHRM: Onstage, when we saw you perform in Florida, we were blown away by the passion of your delivery and the strength of your voice. At seventy years of age, you are sounding better than ever. And you really seem to be enjoying yourself.
BL: Ahh! I don’t know if I’m really enjoying myself, but I’m really expressing myself.

RHRM: Ha ha. OK. But your fire is certainly at full flame. Let’s put it that way.
BL: When I’m on the stage, it’s cool with me then. But years ago, hours before time to go onstage, I was practicing in the mirror and looking and posing at what I was gonna do and whatever. And now, I only enjoy it while I’m doing it. I don’t prepare to do it. Ha ha ha.

RHRM: That’s progress, isn’t it?
BL: Oh, absolutely. I’m so glad that it’s not only what I do. It’s who I am, now. I mean, it’s more who I am than what I do.
RHRM: The audience definitely agreed with us with all of the standing ovations you were earning throughout that show.
BL: Did I get more than one standing ovation?

RHRM: Yes. It was happening throughout the show.
BL: Oh, child, hush!

RHRM: What comes across and is so rewarding to myself and, I am sure, to most of your fans and is not always provided by other artists, is your utter and complete honesty in everything you do. You speak your mind. What we see is what we get. On your records, onstage, in your autobiography, and overall, as a human being. You are a real person.
BL: Well, that’s exactly what you get for giving up your youth. You get to be a real person. You know, I pretty much don’t give a shit what you think at this point. All of the thoughts and decisions and conclusions I’ve come to, I’ve worked so hard for them and given up so much for them, I mean, why would I not, if I’m free to speak my mind, why would I not. You know, I don’t have any beef with any particular people. I don’t have anything bad to say about most people. But if I do, I will. I really think that’s what you get for giving up your youth. You pretty much know people the moment you see them. You get a deeper insight into almost everything.

RHRM: But when you say that you don’t give a shit about what “you” think, you mean the bigger “you”. Of course you care what I think. Ha ha ha!
BL: You know, that’s exactly what I meant. I used to spend half my life seeking opinions about one thing or another from men or from the audience or from the public at large. I pretty much now have become more kind of adamant. It’s like, “Here you see me. Buy me or don’t.” He he.

RHRM: I recently read your book, A Woman Like Me. I’ve read many autobiographies and memoirs, lots of these types of books from other musicians, including others that have been co-written by David Ritz. I have to say without hesitation that this was my favorite one. It wasn’t the same old clichéd nonsense and pretensions from spoiled little middle-class boys whining about being down in the dirt. You’ve actually lived this life…
BL: Let me ask you this. Did you get the impression that I was dissing any of the females that I mention in the book?

RHRM: One. And I was going to ask you about her. It was kind of subtle and you need mostly to kind of read between the lines. I found it very humorous that you refuse to refer to Diana Ross as “Diana”. You call her “Diane” unless someone else is talking about her and then you use the name “Diana”. You don’t seem to have much respect for her. Why is that?
BL: When I’m working in Detroit, people holler out, “Betty Jo!” That’s my name. My name is Betty Jo. And Bettye LaVette is who I became eventually, more now than I was… I’ve been Bettye LaVette now longer than I was Betty Jo. And I think that with Diane, it was that when she became Diana, she’s really, I always tell people, she’s never changed. She has been just as snooty all broke, rich, whatever. She has always kind of towered over the rest of us, the females in Detroit. But when I asked you what did you think about it, I asked you that because most people look at it as dissing these people. But I’m speaking of what an eighteen-year-old girl saw. I don’t even know these people. It was the thoughts and what was going on with me and the other young singers in Detroit, in and about Detroit. But I don’t know who these people are as grandmothers, you know, or as rich people. ‘Cause I didn’t see them anymore ‘cause I didn’t get rich. So, I don’t know who they are now. But that’s who they were then. Ha ha.

RHRM: Have there been a lot of people who have read your book and have taken issue with it?
BL: Oh, not a lot of people. But some who have become adamant fans. I think they think this is a sisterhood. And it’s not. Or if it is, none of the sisters have helped me.

RHRM: A lot of people write books and they just give you half the story. You are just speaking your mind and telling it the way you see it, your truth. I don’t think anyone should expect anything else from you.
BL: That’s all I have to offer.

RHRM: But I thought what you wrote in your book was quite humorous. It’s not like you called Diana Ross any horrible names or anything like that.
BL: No. There aren’t any names to be called. I mean, there were twenty-five years that I travelled and met people on planes who didn’t speak English who were sitting next to me and we were explaining what they did and what I did and I… “Detroit. Motown.” And they said, “Ahhhh!” I said, “Diana.” And they said, “Ahhhh!” He he. You know, so I’m very, very proud of everybody from Detroit that was able to do anything.

RHRM: A Woman Like Me was an inspiring read. And it is so incredibly admirable how through bad luck, a series of misadventures and a rotating cast of spineless, soulless, dishonest music industry morons through the decades, you never allowed yourself to become a victim. You always pushed forward, believing in yourself and your talent, until we arrive at the here and now with you as an overnight sensation, what is it fifty-four years into your career? I think it was a very life-affirming story, the fact that it took so many years for you to get where you are now, but you kept at what you were doing and you did not let anyone step on you.
BL: Well, no. I’ve been stepped on and all. The words that I use in “Close As I’ll Get To Heaven”, (sings) “I’ve been bruised, lied, put upon”, whatever it is. All of that has happened to me. But one of the things, I think, that had I been doing what you just accused me of doing, propelling myself forward, I think that probably I would have been broken. Every time somebody would push me or bruise me or whatever, they’d push me out of the way or whatever, somebody else would grab my hand real fast and pull me into something else. And maybe it wasn’t always a good thing, but somebody was always there to grab my hand. I’ve always been… My father never had a doubt that this is the kind of thing I would do. Because even as a child, people just always liked me. And I’m so grateful for that because I owe my career to people, not fans. People who were, I call them fanships. Ha ha. But the people that surround me, they’ve done anything and would do anything for me. And that’s what’s pulled me along. The only thing that’s been asked of me is to show up and do a good job. And I say, “Well, shit, if they’re willing to do everything else, the least I can do is show up and do a good job.” Ha ha ha.