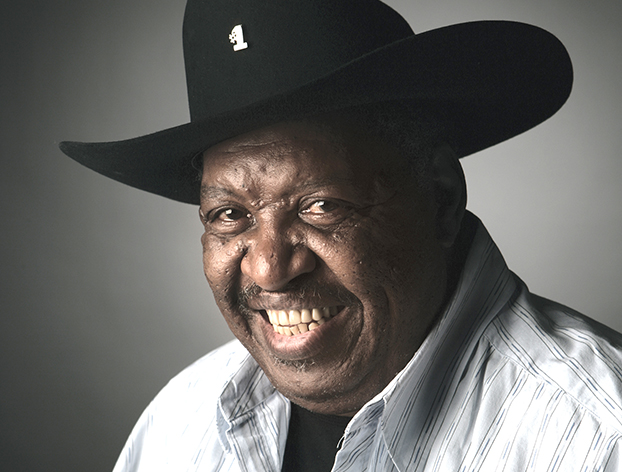 MORRIS HOLT, a.k.a. Magic Slim to you and I, was one of the last living Mississippi-to-Chicago legends. Initially rejected by the Windy City’s blues fraternity, Slim returned to Mississippi after first traveling to Chicago in the mid-1950s and playing bass guitar with his old friend Magic Sam. Five years down south, living and breathing guitar, Slim now had a point to prove and, upon returning to Chicago, immediately did so with his raw, uncompromising style. He eventually put together the first version of his backing band The Teardrops, comprised of his two younger brothers, whom he had taught to play bass and drums. A few years ago, Red Hot Rock Magazine had the opportunity to chat with Magic Slim (a man who did not waste many words) by phone after spending some time with him in Spain at the Hondarribia Blues Festival. At that time, the newest release by Magic Slim & The Teardrops on Blind Pig Records was entitled Raising The Bar. Sadly, the blues world lost Magic Slim in 2013.

RHRM: Just to refresh your memory, you strangled me just the other day in Spain.
MS: Uh huh.

RHRM: Ha ha! You choked me for a photo.
MS: Yeah. I remember.

RHRM: Where are you, in France now?
MS: Yeah.

RHRM: Your newest album is called Raising The Bar. Would you say this is business as usual…smokin’ hot business…with Magic Slim & the Teardrops?
MS: Yeeah.

RHRM: There was some great stuff in Spain the other night. The groove, the chemistry, that you and your band share is simply fantastic. If you don’t mind me going back to the beginning, you originally wanted to be a piano player. You had an accident at a cotton gin that prevented you from doing so. What kind of work were you doing and how badly were you injured?
MS: Well, you know, I was working around the gin. You know, watching the gin, watching the cotton go in so there wouldn’t be no wire or nothin’ goin’ up in there.

RHRM: Did you get too close and get your finger stuck in it?
MS: No. There was a piece of wire going up through there. And I grabbed it and it snatched my hand up in there.

RHRM: You’re lucky that your whole arm didn’t end up in there, right?
MS: Yeah. I was lucky.
RHRM: Then there would be no piano or guitar.
MS: Sure wouldn’t.

RHRM: How long after that accident did you realize that you could play guitar even with a missing finger?
MS: Well, I could play a guitar a little anyway during that time. I could play a little guitar. But at that time, I didn’t know exactly what I wanted to do, play guitar or play piano. So after I got hurt, I didn’t have no other choice but to play the guitar.
RHRM: So maybe that accident was in one way very bad, but in another way it helped to make your decision for you.
MS: Yeeeah.

RHRM: Ha ha. So after that, when you started playing only guitar, how long did it take you to begin playing professionally?
MS: Uhhh…I was pretty good after a couple of years. 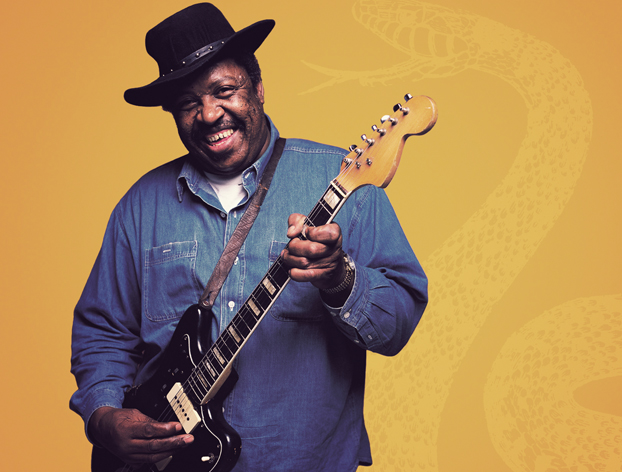 RHRM: When you first went up to Chicago from Mississippi in the mid 1950s, there were a lot of legends that were playing up there at that time. That was the peak of the Chicago scene, from then straight into the 1960s. Do you have any memories that you could share about any of those legends that you came across or jammed with after you arrived in Chicago?
MS: Well you know, when I first went up there, I couldn’t hardly jam with nobody ‘cause they were sayin’ I couldn’t play. So, after that, you know, hey man, I went back to Mississippi. And I stayed down there five years and then I went back.

RHRM: You came back to Chicago and then they thought you were a good player. During those five years that you were down in Mississippi, something magic must have happened.
MS: I learned my brothers how to play while I was there. Both of ‘em. I learned ‘em there. And we had our own little band. And then, hey, we went from there.

RHRM: But then when you went back to Chicago and everyone thought you could play really well, that must have been pretty magic in itself.
MS: Yeah.
RHRM: So when you went back up to Chicago, is there anything that jumps to mind about any of the legends that you jammed with then? Any stories that you could relate to me?
MS: No. The one thing I had on my mind, man, was that playing. I wanted to show them guys in Chicago they wasn’t the only ones could play a guitar. And that’s the only thing was on my mind. To show ‘em.

RHRM: Ha ha! When you went up to Chicago and you were playing at that time, were the audiences completely segregated or were you playing to both black people and white people?

To read the rest of this feature, please order a copy of Red Hot Rock #71 at our online shop.