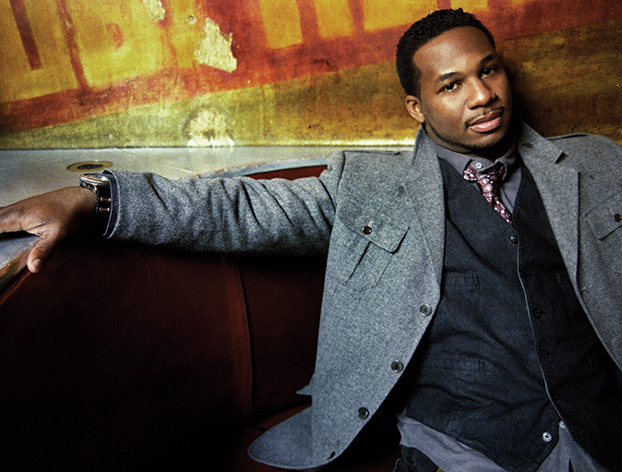 THE HISTORY OF AMERICAN blues and roots music is more than littered with examples of artists who have made the transition from passionately playing gospel at church to stalking the secular stages. These musicians often walk a tightrope, straddling both worlds, playing “the devil’s music” on Saturday nights and spreading “The Word” on Sunday mornings. Robert Randolph got his start playing pedal steel guitar, otherwise referred to as Sacred Steel, at the House Of God Church. These days, he can be found sitting in with everyone from the Dave Matthews Band and Carlos Santana to Joe Walsh, Eric Clapton and Buddy Guy. In between shows with his Family Band, Robert took some time to chat with Red Hot Rock Magazine.

RHRM: Right off the bat, please let me say that it is an honor speaking to you. I have been looking forward to this. Over the last several years, you are really one of the guys that has been keeping the classic-sounding slide guitar alive. You with your pedal steel and Ben Harper and Derek Trucks and a handful of others. Top-shelf talent. And it is such a thrill to witness the joy with which you play and with which you communicate with an audience.
RR: Well, you know, that’s just one of the things that we learned from, you know, growing up in church. Our church was all about… It wasn’t just playing music. It was about having an interaction with the audience and knowing what’s going on around you and really having it be sort of this joyous occasion and having the music and the notes sort of…this whole, you know, just who you are and a sense of togetherness that creates these choruses and guitar riffs that sort of seem sort of unselfish. 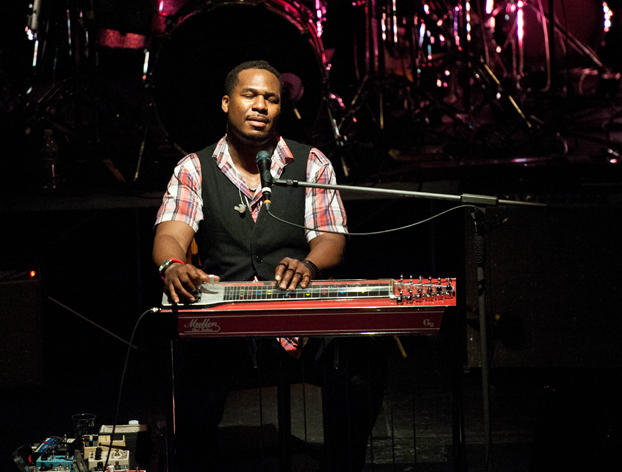 RHRM: I would like to ask you a little about the lap and pedal steel, the Sacred Steel, tradition and how it began. I understand that in the church from which you come, going back almost 100 years, these instruments were introduced because the church could not afford organs. Is that correct?
RR: Yeah, yeah. That’s correct.

RHRM: It’s really interesting how things like that sometimes, with music, happen by accident. Then you have this incredible tradition that grows out of the circumstance of the churches not being able to afford the organs.
RR: Well yeah, that’s what happened. And you see how this style of slide guitar has influenced all these other guys now, from Derek Trucks to (Eric) Clapton to all of the guys. And then all of the guys that listened to Sacred Steel when it really first got recognized in the mid ‘90s, you know, all of the guys that followed that. They kind of… There’s all of those stories, from Carlos (Santana) and Eric and Robert Plant and all of these guys, they tell me, “Oh man, remember on the first Sacred Steel record, you know, the one that you were on, and you’re comin’ from church…” It’s great. As Eric Clapton said, “I thought I heard every kind of guitar playing, every kind of voicing until you came along.” He’s like, “The last thing for us to discover was basically reggae music.” He had heard all of the Middle Eastern stuff and everything else. And then reggae, you know, he got introduced to those guys in the ‘70s. And that was it for them, you know, other than Eddie Van Halen. Ha ha. Everything else was sort of, “Oh, OK. Here’s this great guitar player. He’s playing licks.” It’s really great to be a part of the next sort of… to be one of the guys that really got a lot of the older guys excited about new guitar licks and guitar riffs and so forth. That’s really a great thing. That’s what makes it cool.

RHRM: Those are some of my heroes you are mentioning and I’m sure some of yours, as well. It must be an incredible thrill to have them complimenting you that way.
RR: Yeah.

RHRM: I also understand that the Church did not want or even would not allow these musicians, the ones that came before you, to venture out into and to play in the secular world. Was that because the Church wanted gospel music to stay in the church or was it because the Church did not want the church musicians to begin playing secular music? Or was it a combination of both?
RR: Well, it’s probably the history of all churches. Our church is a little more old time in this current day and age. But, I mean, all churches were always like that. If you look at stories of Aretha, Marvin Gaye and all those guys, that’s just one of the things of growing up in church. They see you there and they go, “Oh, you got this gift from being here and now you’re gonna take it out to the world” and so forth and so on. At the end of the day, everything has to be exposed in order for anything to grow. And our church was way more strict than a lot of other church organizations out there. And they didn’t allow, until I stepped out… And they actually still don’t allow some of those other younger guys that’s comin’ up and playin’. But now, people don’t pay it any mind any more. All of the older guys like the Campbell brothers and Aubrey Ghent and all of those guys, those guys that grew up before me, you know, Calvin Cooke, they really weren’t allowed as young guys to go out and play.

RHRM: What type of feedback did you get from the Church when you started playing in bars and other secular venues?
RR: Well, there was always a lot of negative feedback, you know, but I was a young kid. So I didn’t really pay it any mind. That’s life. That’s always how it is.

RHRM: Ha ha. I know that the cover art for your most recent album, Lickety Split, can most probably be read several ways. But the Church must have been in an uproar over what it looked like at first glance, the rock’n’roll devil’s horns.

To read the rest of this feature, please order a copy of Red Hot Rock #71 at our online shop.