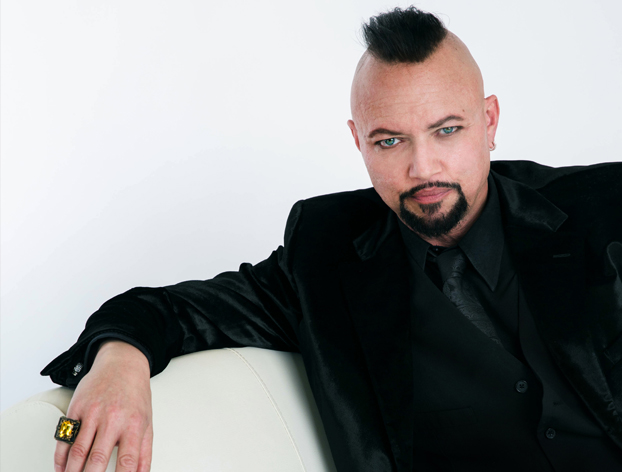 GEOFF TATE AND OPERATION: MINDCRIME’S PERFORMANCE AT THE INAUGURAL ROCKFEST 80’S was nothing but transcendent. The mix of music from The Key (the first of three albums that will tell this constellation’s masterful story) with classic compositions tracing back to Geoff’s three decades with groundbreaking progressive metal band, Queensrÿche, provided a refreshing change of pace from the three-minute pop-metal tunes spilling off the stage from many of the festival’s other featured artists. There is nothing wrong with shutting off one’s brain, having a good time and banging thy head. But the depth and artistry of a tradition that Geoff has brought forward from legendary bands such as Yes and Rush, and the manner in which he and his bandmates have allowed this wonderful genre to continue to flourish and grow for the past few decades by influencing countless other groups, has always meant so much more to those that enjoy being challenged by music.

Red Hot Rock Magazine had the honor and privilege of catching up with Geoff in between the first two releases of Operation: Mindcrime’s current trilogy to pick his extremely large brain and to discuss the state of today’s world as he sees it, the unique brand of music that he continues to create and that band he would have joined if he would have been given the opportunity.

RHRM: Good. Thank you. Before I jump into The Key and the ongoing project with which you are working, please allow me to kiss your ass for a moment or two and to tell you how spectacular your voice sounded at that performance in South Florida at Rockfest 80’s. I don’t how you do it, how you keep your voice at this level. It’s just incredible.
GT: Oh. Well, thank you. Thank you. I’m glad it sounded good. As a performer, you never know, ha, how it translates to an audience. You’re really dependent upon your front-of-house soundman. So, it’s good to know that he’s turning up. Ha ha.

RHRM: And it’s funny, at a festival like that one, when you have a lot of middle-aged musicians attempting to fool themselves that they are still in their twenties. You are such a class act. You get onstage and do what you do. Your voice is fantastic and has evolved over the years. It has so much more depth now than it did when you were younger. But you are obviously not going to take the earliest Queensrÿche material and try to sing it like you did back then. It wouldn’t make any sense.
GT: Yeah. A lot of that material from the earlier albums, it’s not something that I find that I really relate to at my age now. Some of the stuff, there’s a couple songs on a couple of the first albums that I quite like. I’ve kind of reinvented them a little bit with different arrangements in my presentations live. I don’t know. As a songwriter, you kind of progress. You get better and find subject matter and ways of presenting yourself musically that are more in tune with where your head’s at later on in life. A lot of that stuff on the first couple of records was very, how can I say it… I appreciate the fact that a lot of people like a lot of that early stuff or some of the early stuff. Some of it I like, too. But other things about it, I don’t like, ha ha ha, if that makes sense.

RHRM: Preparing for this interview, I was listening to your most recent album a lot and also going back and listening to the older Queensrÿche stuff. I hadn’t remembered this, but it’s incredible how much of a heavy Iron Maiden influence some of the earlier songs had. Queensrÿche’s music evolved so much, over such a short period of time. As the band moved into the third and fourth albums, the sound completely changed.
GT: Yeah. We lost that. We recognized the fact that we were emulating Iron Maiden quite heavily at that time on the first two albums. So, we made a conscious effort to kind of restructure the music so that it would be more us. And I think by the time we had Rage For Order, we were definitely becoming our own thing rather than an emulation of some other band.

RHRM: When we were chatting at the festival, you mentioned that you would have liked to sing for Yes if they would have asked you. I had always figured that you were most likely a fan of their music, but is this something you would have seriously considered or were you just joking around? I can imagine that that collaboration would yield some interesting results.
GT: Oh, no. I would be incredibly flattered and honored to be asked to participate in an album with Yes. They’re one of my absolute all-time favorite groups, in all of their incarnations. I think I have every album they put out. And I have all of the different members’ solo albums. Yeah. I’m quite enamored with their idea of music. They’ve written some incredible pieces. I met Jon Anderson a couple of years ago now at an awards ceremony. And it was my honor to present him with a vocal award. I kind of cornered him and I was talking to him about how he recorded and wrote his solo album, Olias Of Sunhillow. It was an incredibly unique album. And the musicality on the record is unlike any music I’ve ever heard. Typically, you can listen to a piece of music and you can say and find similarities with other music that you’ve heard. You know, OK, well, you can tell this artist is influenced by this band or this artist. And this melody choice comes from this chord arrangement, which was inspired by this. To kind of track down the history of the influences. But with that album, man! It was so uniquely different. It was music I had never heard before and still haven’t heard to this day. I guess the closest I can get to describing it is it sounds a bit like it’s influenced by traditional Indian music, you know, from east India. And I think in talking with him, that’s where, you know, he admitted that’s where he was mostly influenced by. So, that’s really unique. Anyway, I kind of digressed. But yes, I would be honored to be part of that group. Or participate.

RHRM: Jon Anderson has several great projects that he is currently working with at the same time. But we will leave that for future issues of Red Hot Rock. Ha ha. We should talk a little about Geoff Tate music.
GT: Yes. Ha ha ha.

RHRM: But we leaped right into a discussion of progressive rock, a passion of mine and of yours, as well. You are knee-deep in the midst of what seems to be your most ambitious project to date. Can I ask you about your favorite conceptual albums that you listened to when you were turning on to music? I would take an educated guess that Tommy, Quadrophenia, The Wall and all of the early Rush albums, each one a masterpiece in its own right, had to have been included. Which ones affected and influenced you as a writer?
GT: Hard to say. You kind of assimilate all the music you hear in your head. And bits and pieces come out at different times. I was just working on a piece yesterday for the third album that Kelly (Gray) came in and listened to what I was doing and he goes, “Wow. That’s really reminiscent of a The Lamb Lies Down On Broadway track that I remember.” And we tried to find it, but couldn’t find it. But I haven’t listened to that album, The Lamb Lies Down On Broadway, since probably 1988 or something like that. But things like that are stuck in your head. So, hard to say what albums directly influenced me. But I’d say, probably, every album I ever bought and listened to, ha ha ha, has influenced me in some way.